The Minimalist Wave by
Alain Bourdon

In designing this line of hand-tufted rugs, Alain was inspired by the wave, a powerful force that he loves to capture while surfing, a passion that invites him to explore and discover unusual spaces. Reef and Swell, two designs whose dynamics and bold lines have been interpreted by Atelier Tortil in a textile expression that offers a unique vocabulary of textures and colours.

The Minimalist Wave is an invitation to a sensory experience created by contemplating the magic and poetry of the ocean.

The sensation caused by the ocean, the sym- biosis with the natural elements, the emotion of the wave... these are the themes that inspired the graphic designer Alain Bourdon to design The Minimalist Wave, his first line of carpets, thus writing the second chapter of the “Cahier d’artistes” collection, produced and crafted by Atelier Tortil.

There is nothing like the ocean to express infinity, perpetual movement, the grandeur and mystery of nature and life. This is what The Minimalist Wave conveys through two lines of carpets, Reef and Swell, a form of calm born of the contemplation of the swell, of contact with the water, with minerals, with the natural elements.

How did this collection come about?

Alain Bourdon: The idea for this collaborative pro- ject came about after a telephone conversation with Jean-Pierre, who already knew my work. My concept The Minimalist Wave was inspired by the shape of the surfed wave, a passion that plays an important role in my life and symbolises a quest for freedom, a communion with nature.

Jean-Pierre Tortil: I am deeply touched by Alain’s universe. The idea of expressing his drawings in textile creation came naturally. All the subtlety and value of this work then lay in respecting his bold lines and projecting them into a third dimension enriched by the images and sensations that his universe conveys, the foam, the sand, the movement of the swell.

What characterises Reef and Swell?

Jean-Pierre Tortil: The technique we used to best express the designs is hand tufting. The mate- rials chosen are mainly wool to which we have added other fibres such as Tencel, Gleam (a nylon fibre), and even a little Lurex in some pieces. The

two designs, Reef and Swell, reflect two different approaches: the first emphasises the strength of the graphic style, movement, the range of colours; the second takes a more textured approach in order to express the natural elements that make up this very distinctive universe.

Alain Bourdon: For me, standing in front of these carpets means experiencing the sensations that sur- fing produces. This spellbinding feeling of seeing the wave pass under your board, of letting yourself be invaded by the force of the elements which, ultima- tely, offers a form of serenity. The Minimalist Wave is an invitation to a sensory experience like a road trip that inspired the spirit of the catalogue, through photos of vast Australian landscapes, Californian coastlines, mid-century architect’s villas, places that evoke a sense of suspended time, tranquillity, serenity, like the feeling that comes over us when we watch the waves... 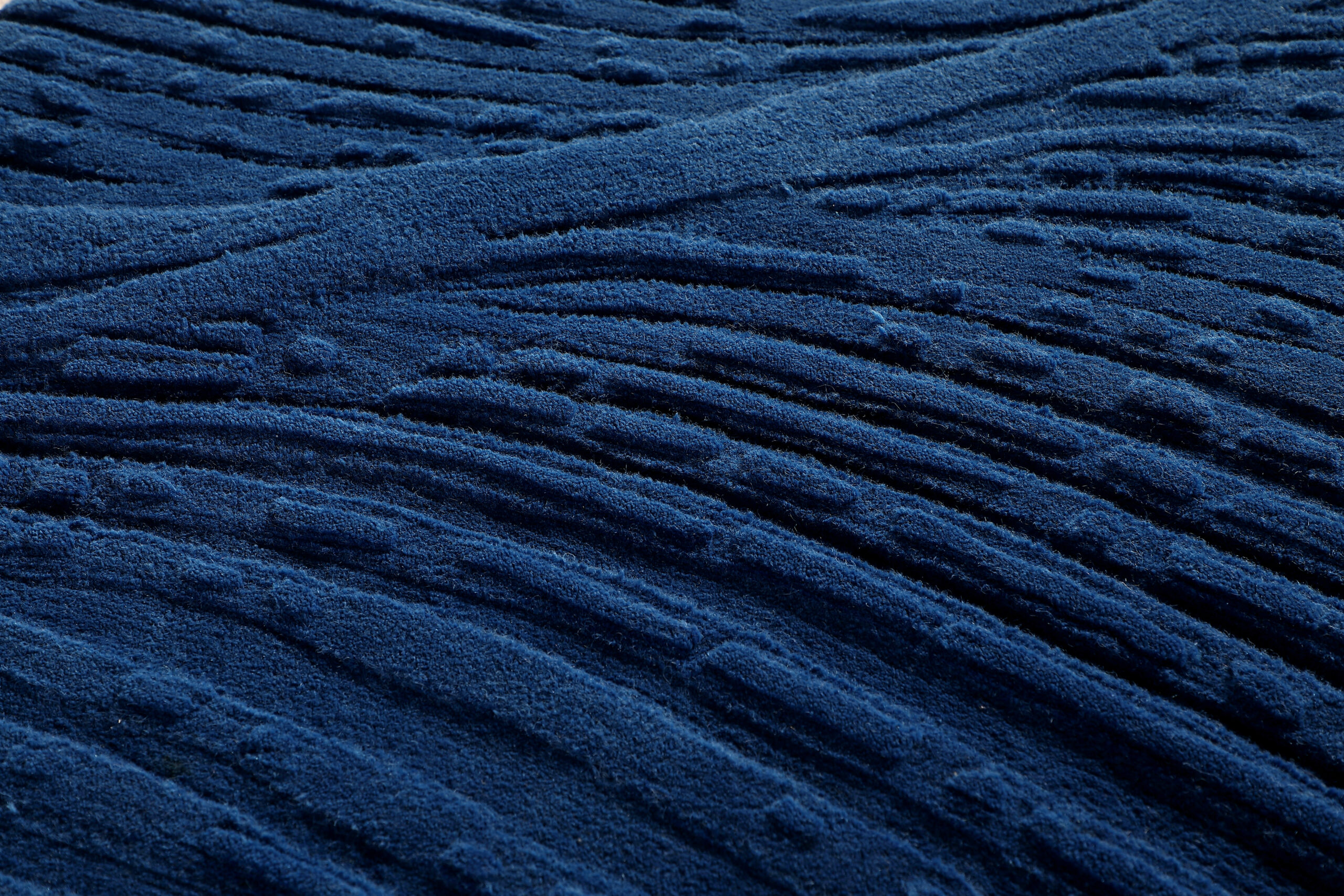 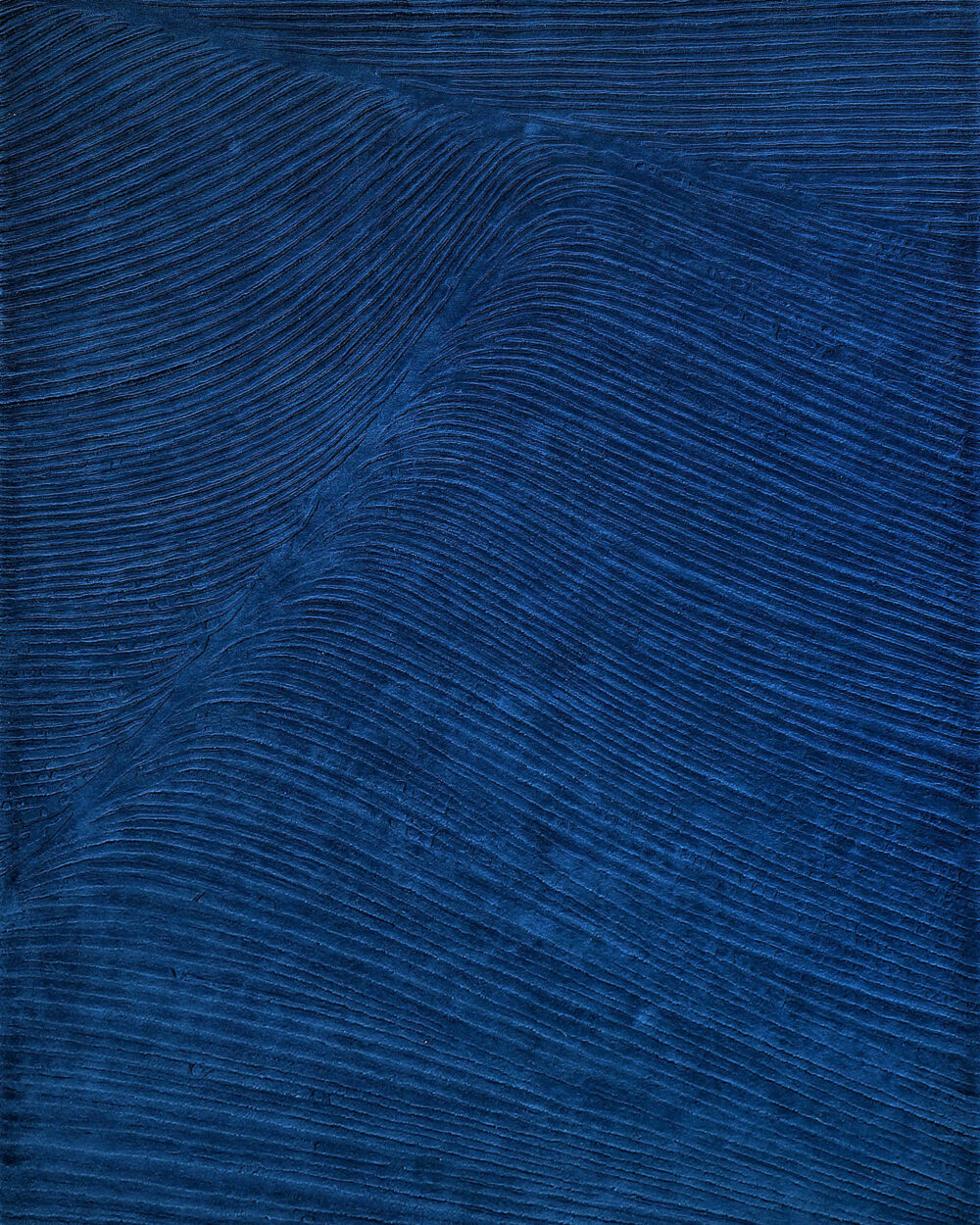 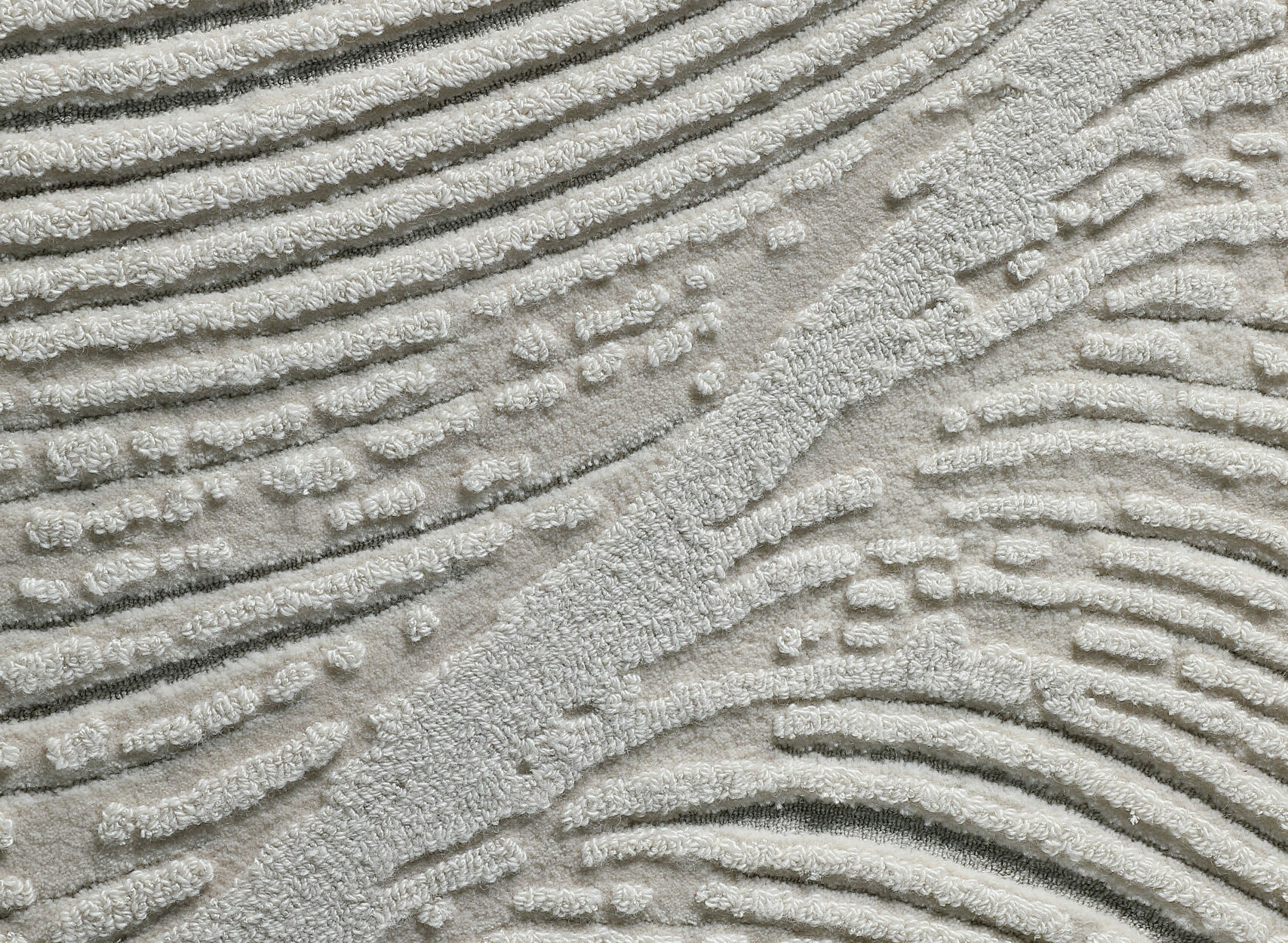 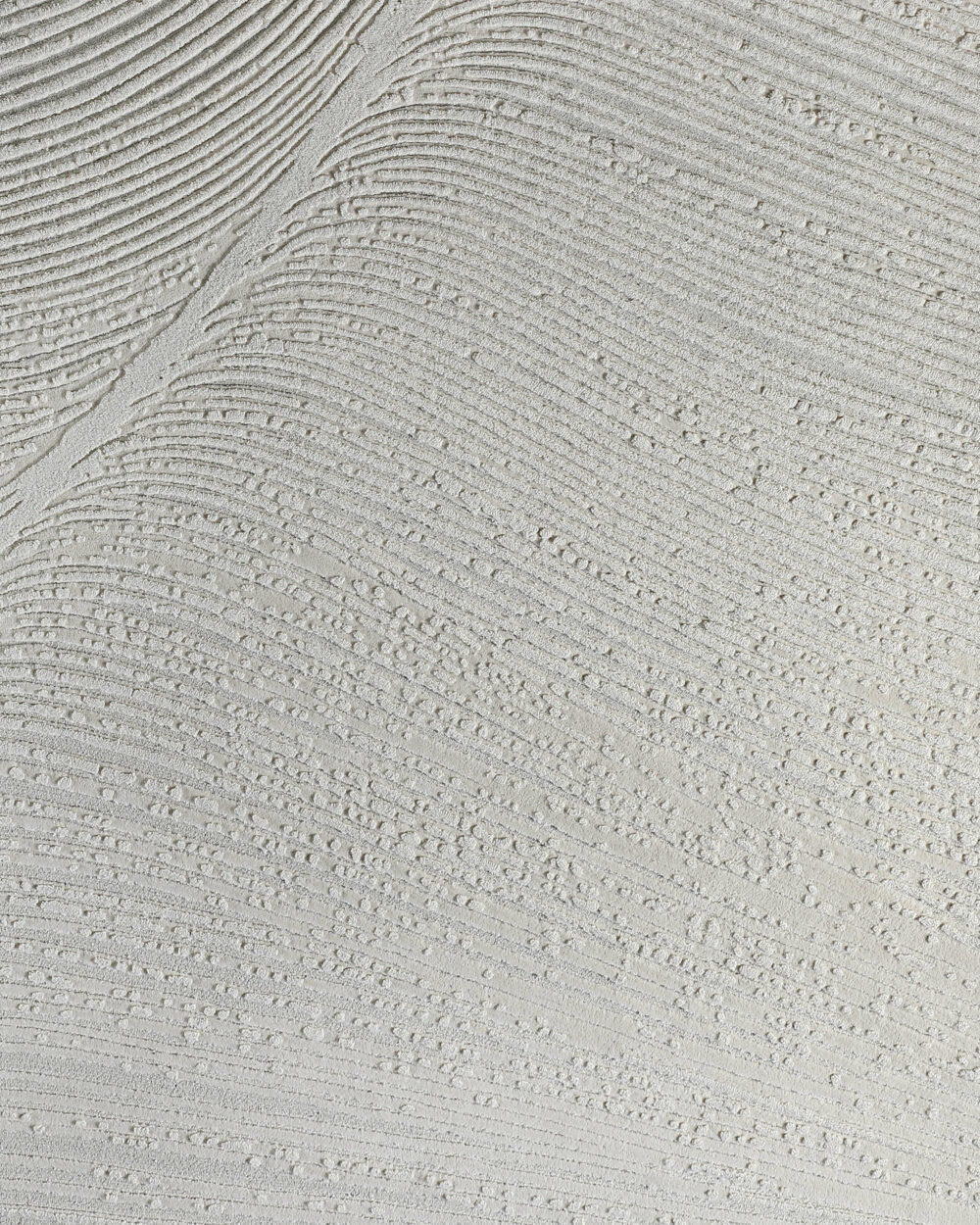 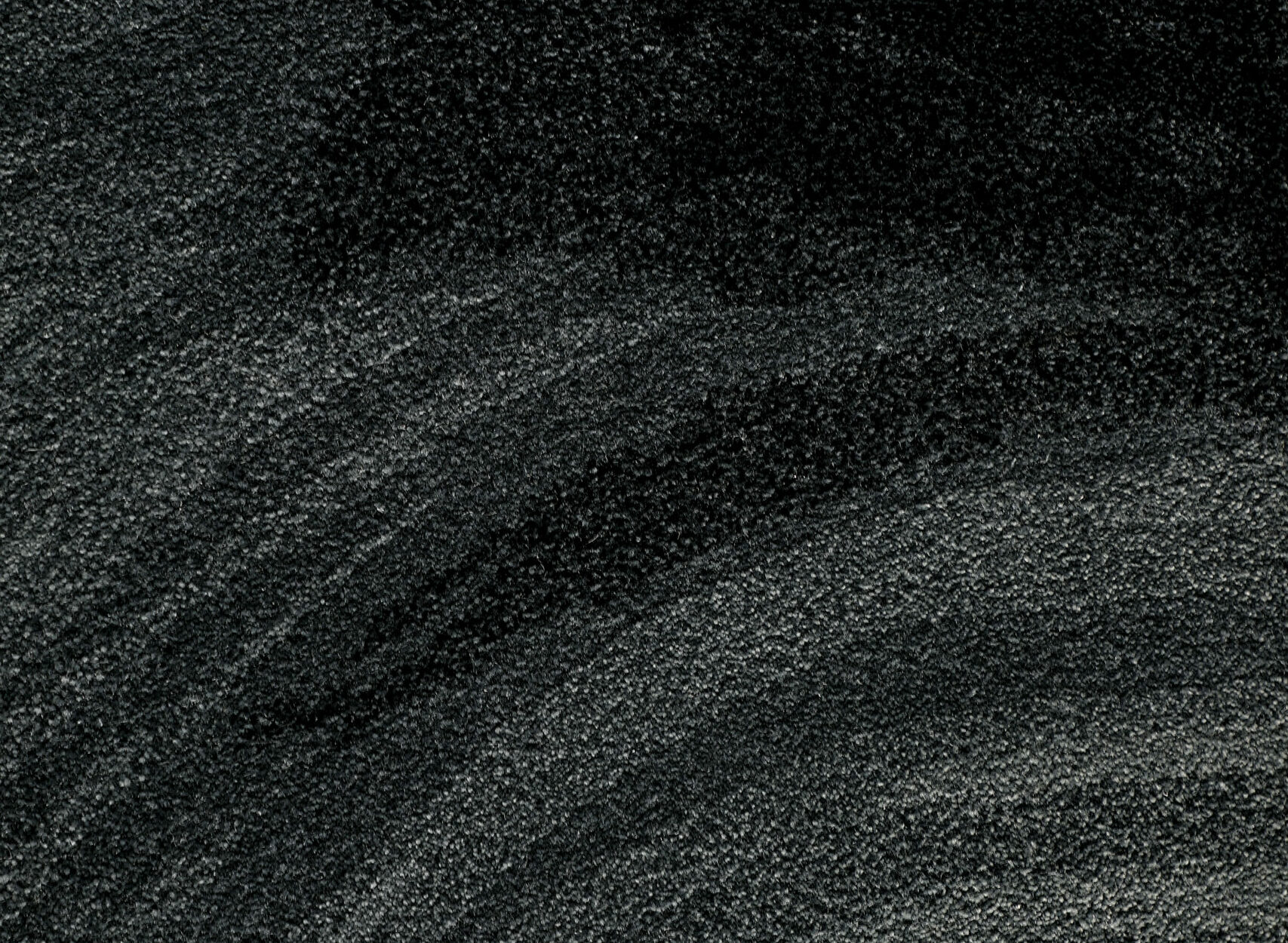 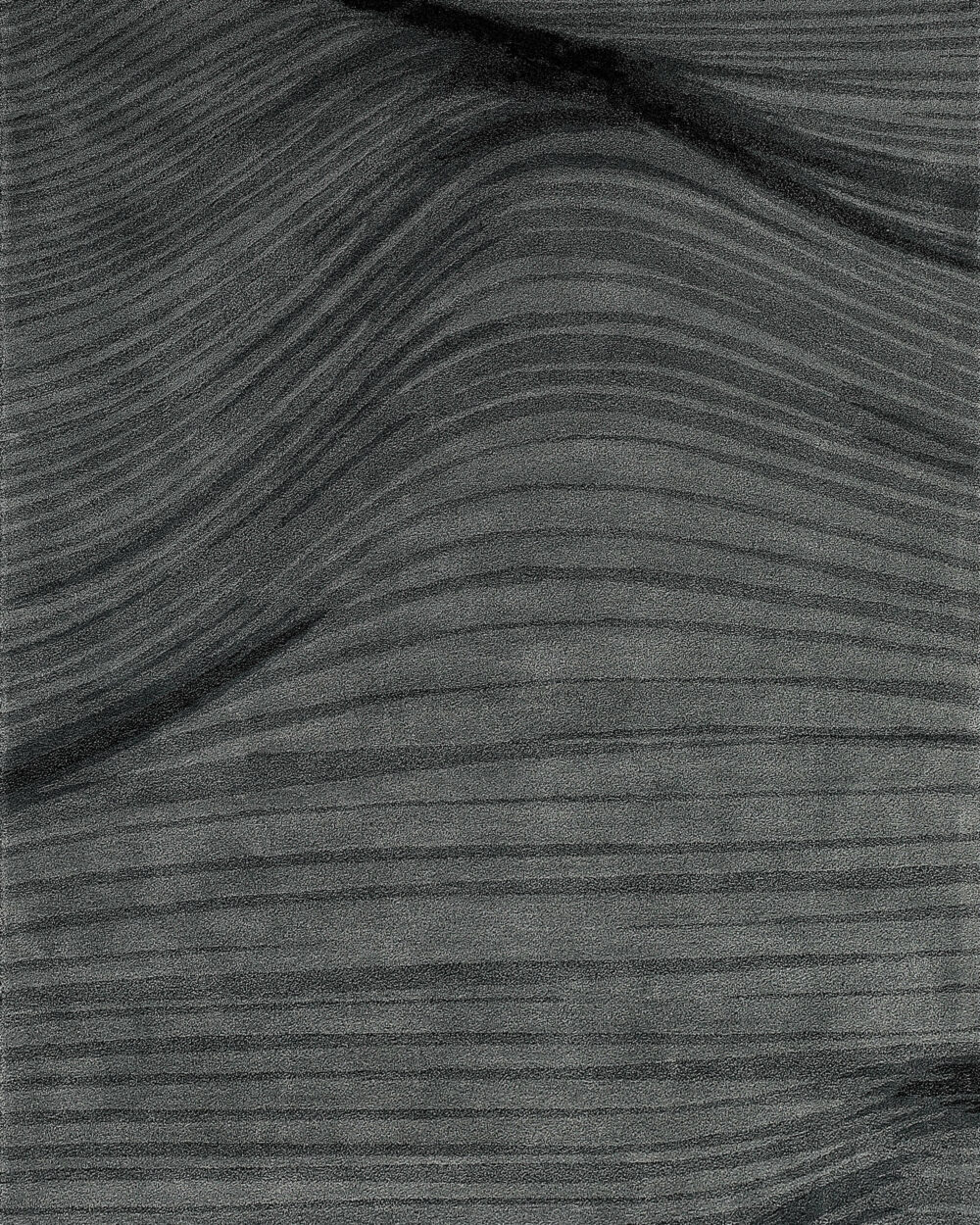 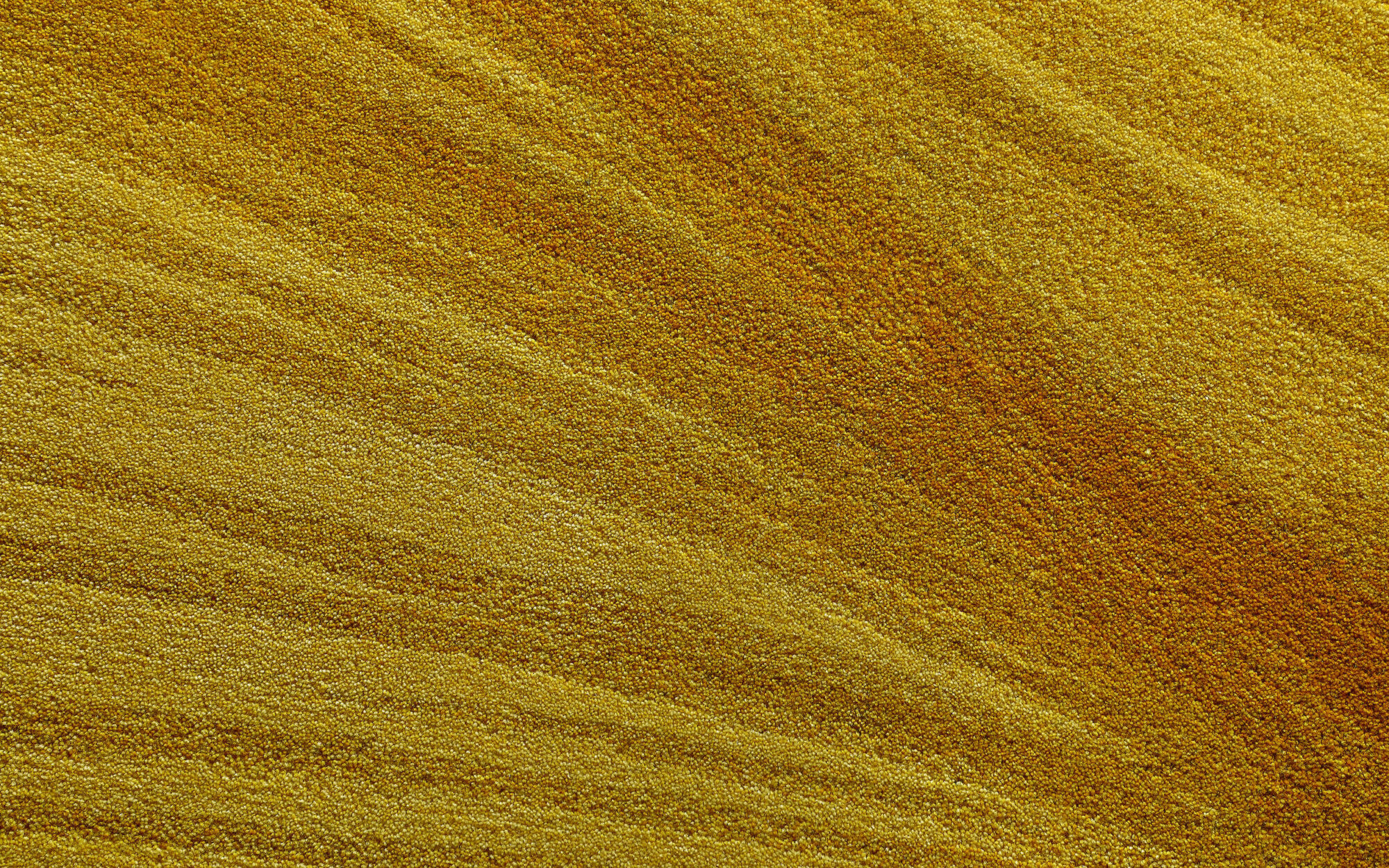 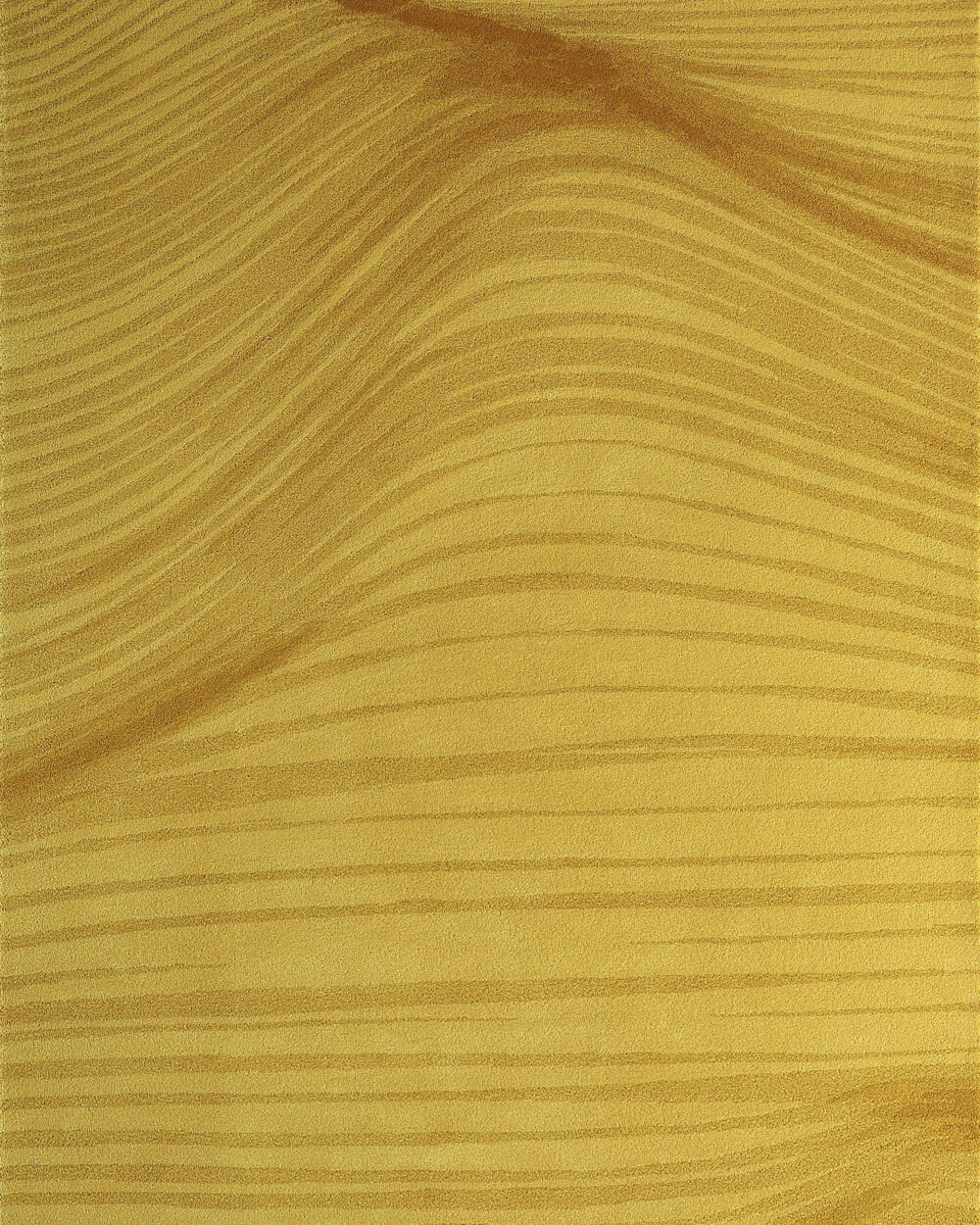 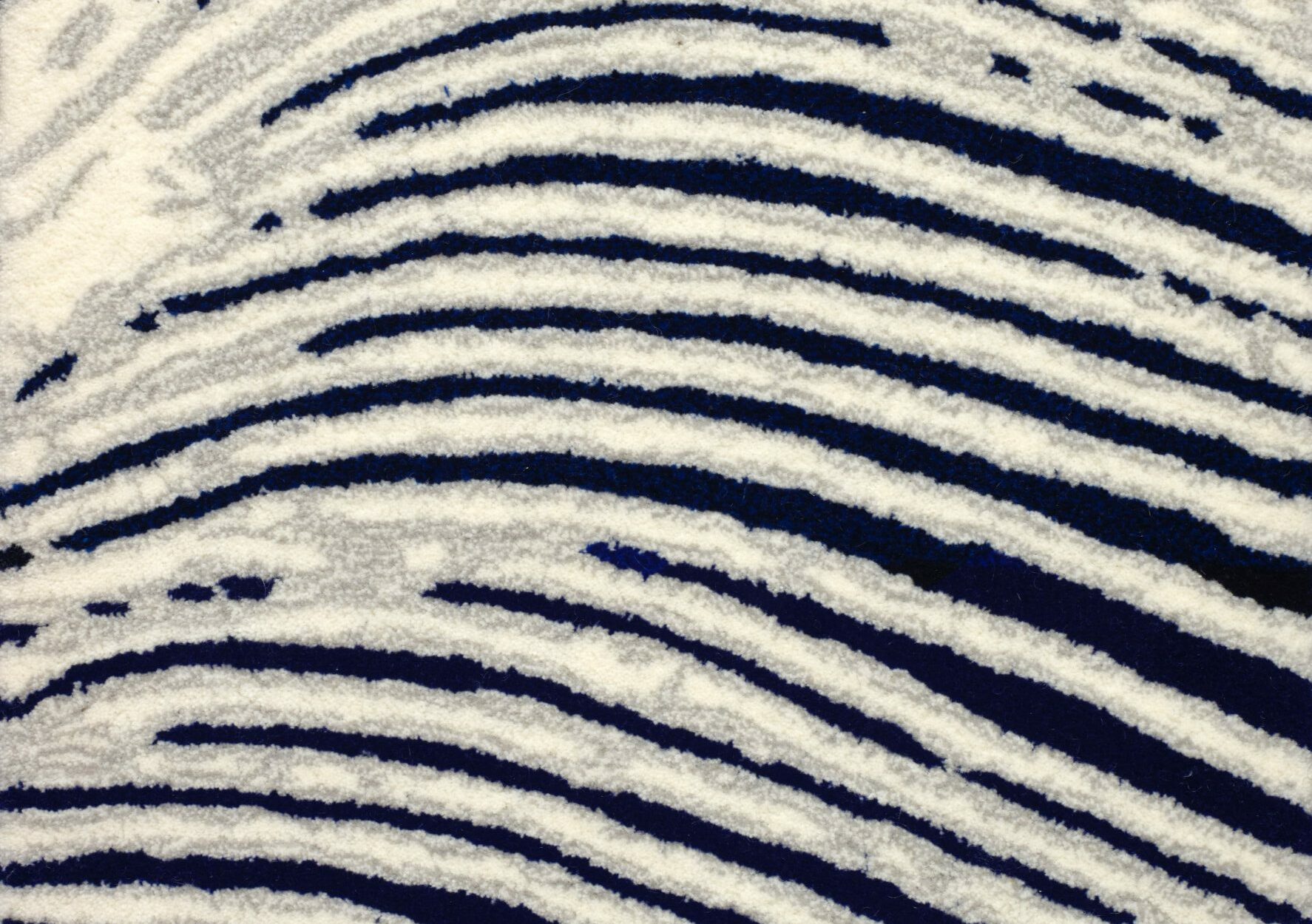 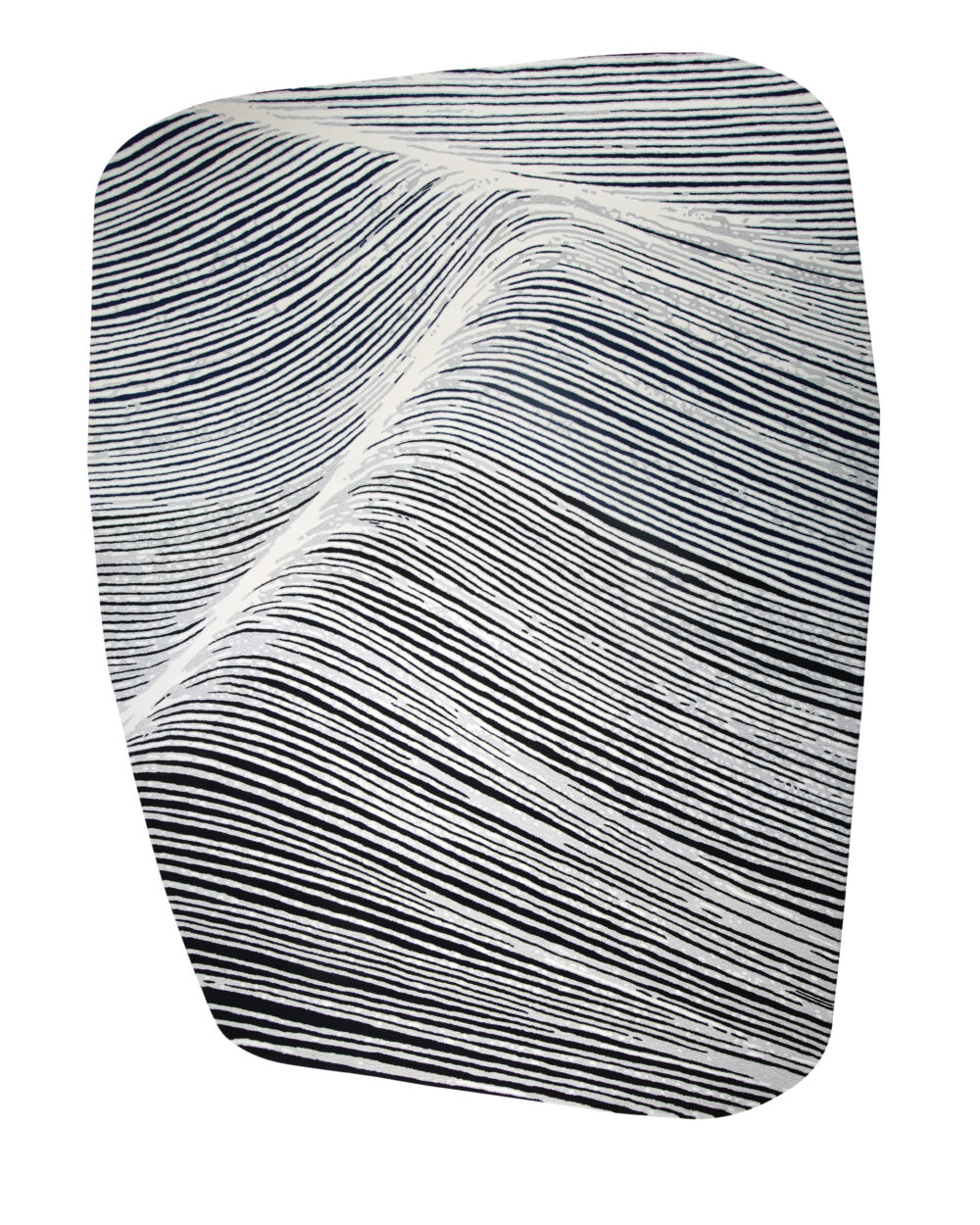 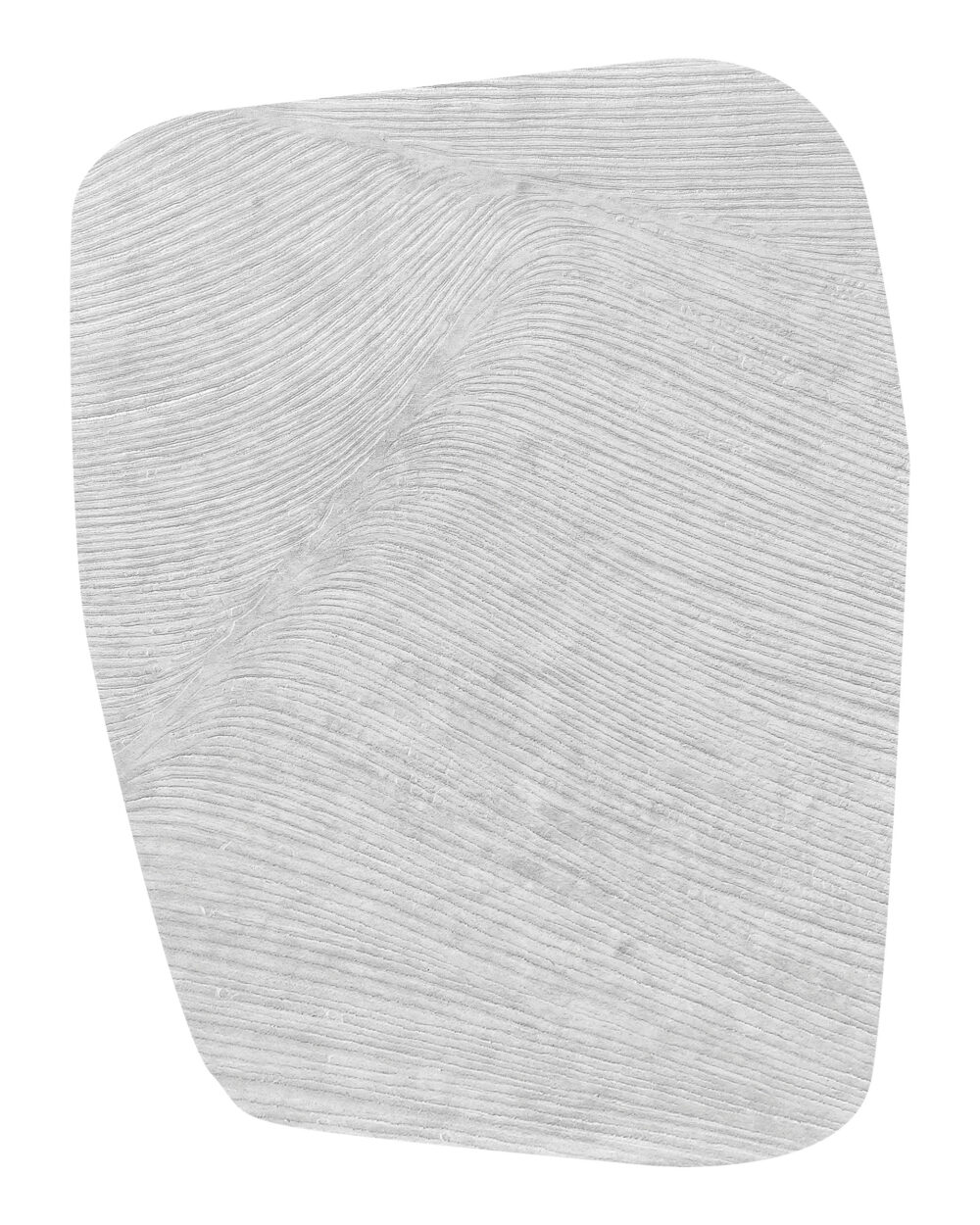 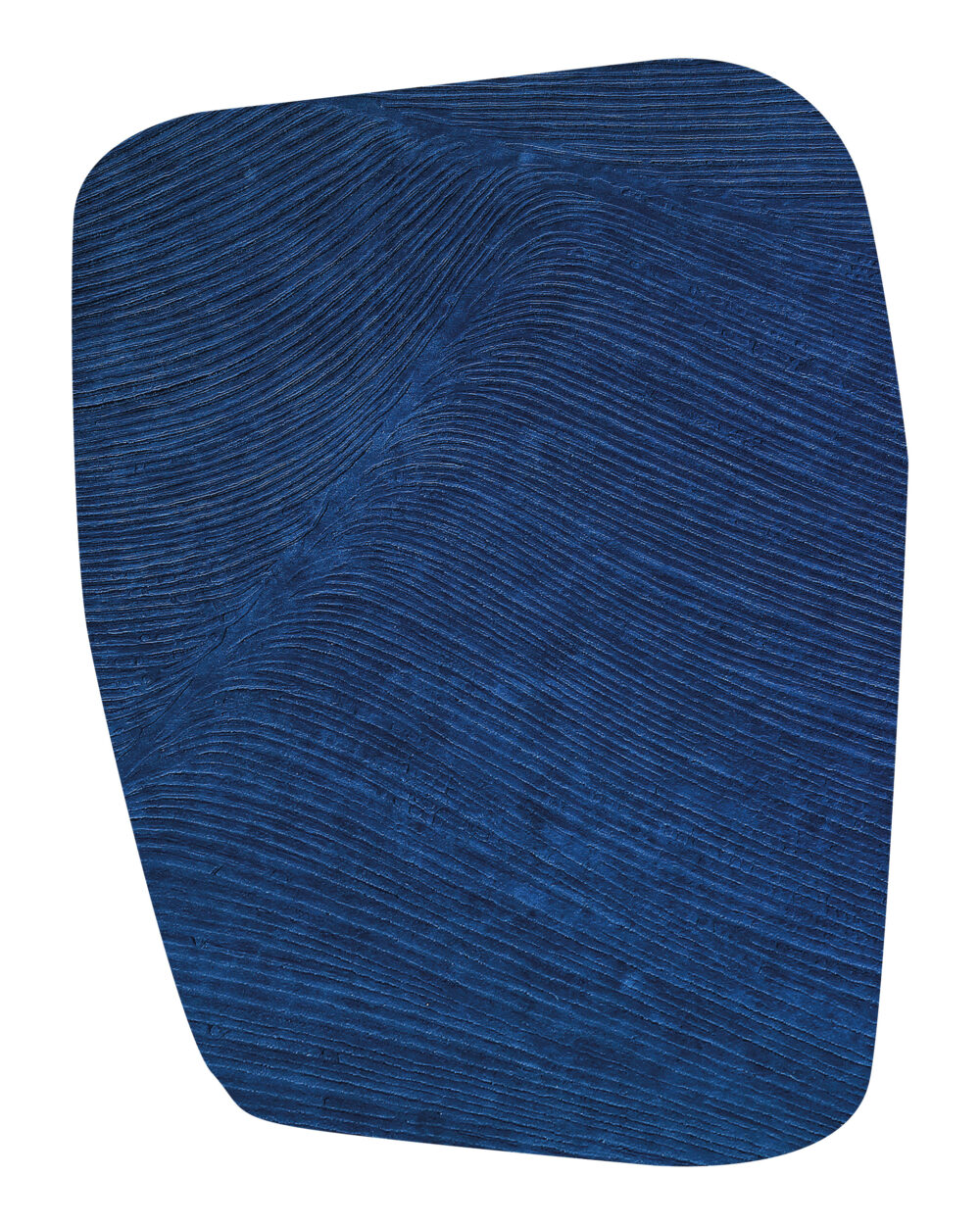 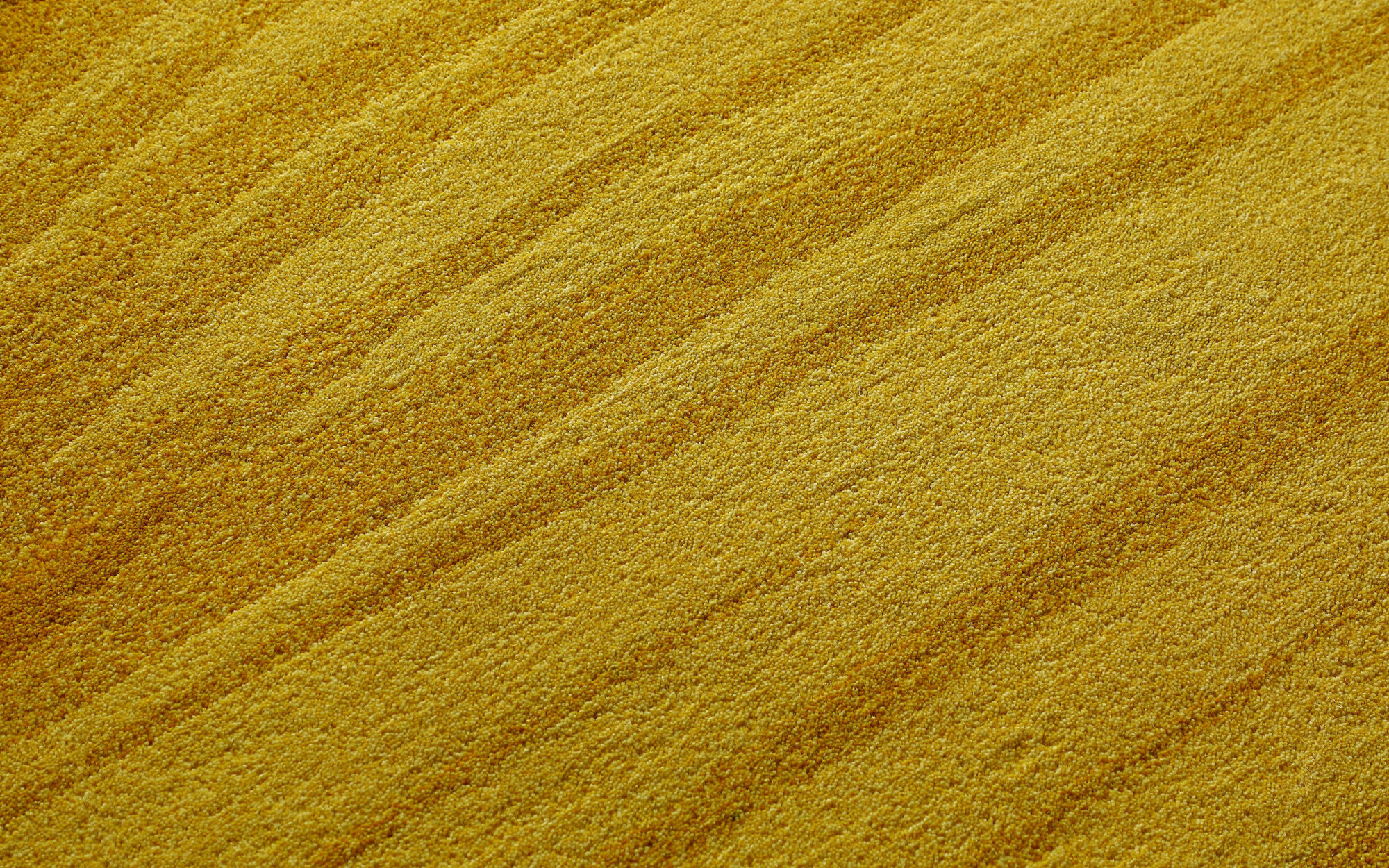 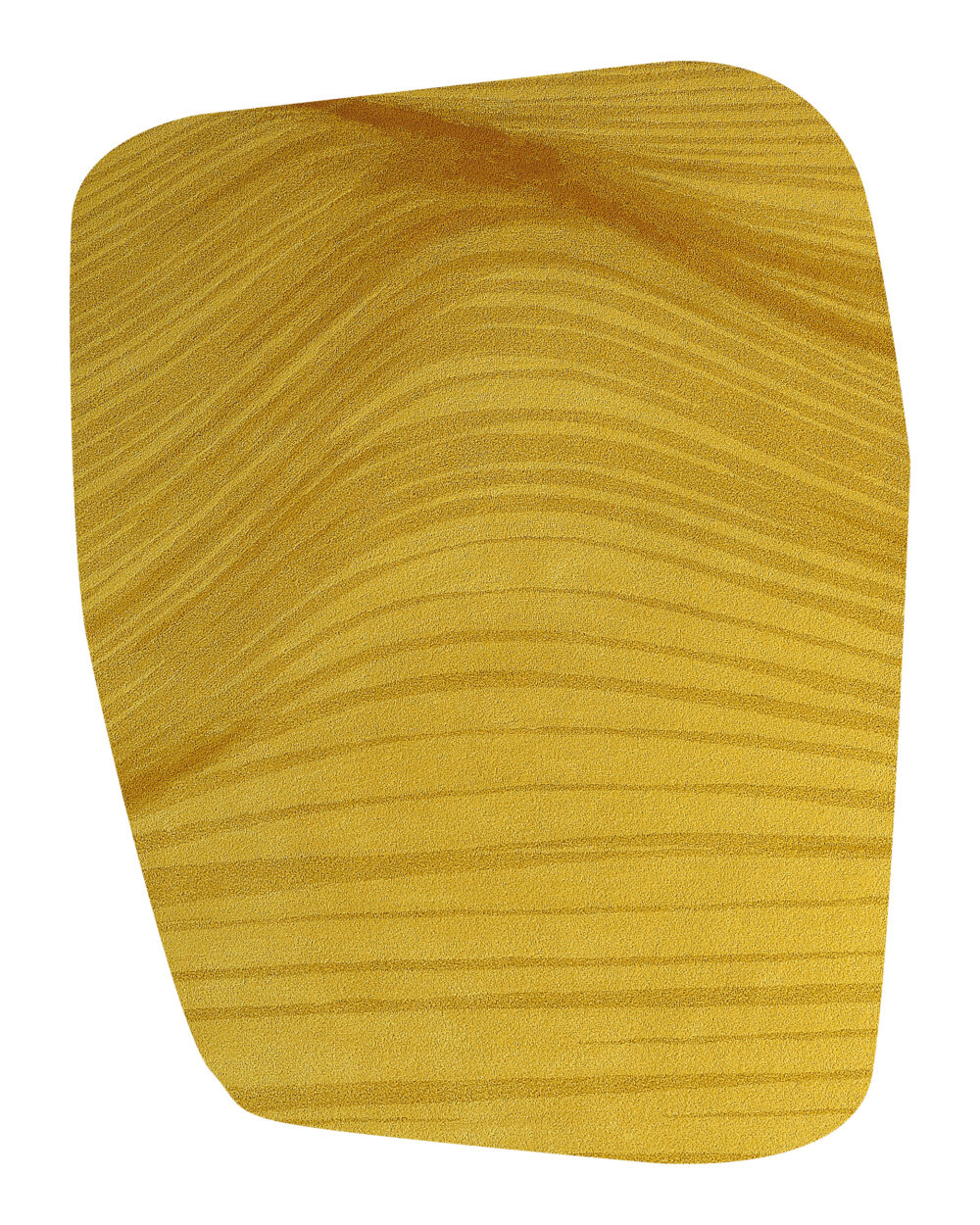